Blog
Back to overview
Author: Christy Coppus - Director of Marketing

It’s the time of year that people pause in their hectic lives to reflect upon what they are most grateful for, what has changed their lives in the past 12 months and what they hold closest to their hearts. This year, Concordance is doing the same. How can a COMPANY reflect and acknowledge things like this? Simple. Our company is our people, as we’ve said again and again; and this year we would like to acknowledge one of the people that made Concordance possible. A person that has spent almost 29 years of his life changing the healthcare distribution industry for the better. He is a person that many of us hold near and dear to our hearts. As he prepares to retire on December 31st of this year, we want him to know how very thankful we are for all he has done to build our company, our work family and the endless book of stories about his shenanigans.

Roger Benz, current co-CEO of Concordance, is truly one-of-a-kind. Those of you that know him, know that he is full of knowledge, full of fun and possibly one of the humblest CEOs on the planet. What you may not know is the journey that he took to build Concordance and secure the bright future that we face.

During our annual spring meeting, Lisa Hohman, Chief Strategy Officer and future CEO of Concordance, addressed the audience with a tribute to Roger, stating, “It is vitally important that in order to truly understand our future, we must understand the past. This crazy adventure we now call Concordance, would not be possible without Roger; without his investment, without his entrepreneurial spirit, without his vision and commitment to ‘rolling the dice.’ Without Roger’s leadership, we would simply not be here.”

In the Beginning
At the age of 32, with two small children, Roger and his wife, Deb, were offered an opportunity: to invest in an employee asset buyout of the med/surg business where his brother-in-law, Bill Schultz, was then employed. Like many decisions in the years to come, Roger and Deb went “all-in.” They sold their house in Dayton, Roger quit his job, they moved two hours north to Tiffin, Ohio, invested $25,000 into this new startup venture, and Roger officially became the CFO of Seneca Medical. Roger and Bill lived off of credit cards for the first few months of operations and personally guaranteed all of the debt for the organization. Fifty employees followed them on this journey and as a team they opened the doors in February of 1990.

Roger and his wife had taken a huge risk with their young family, and the risk paid off only after many years of hard work, scraping by and providing the absolute best service in the industry.

Investing in Our People
Seneca Medical started with a mere $25 million in sales and at the end of 15 months, they were finally making a profit, which was shared with all their employees through their profit-sharing plan. The company grew and in 1998, Roger and Bill decided to start the Employee Stock Ownership Plan (ESOP) by buying half of the outstanding shares back from the shareholders and putting them into a trust for the employees. Seneca Medical employees now had both a short term (profit sharing) and a long term (ESOP) goal. Through these investments the company survived.

Roger was (and still is) in charge of the coffee. Sure, some days he was a bone head (see above), but the team always had fun. They understood what it took to be successful, to keep the employees engaged and they always worked as a team.

Growing
In the year 2000, Seneca Medical hit $112 million in sales. Roger and Bill decided to invest again and made their first acquisition of AmeriSource Medical Supply in 2001. A 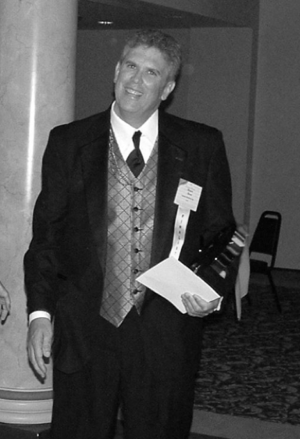 year later, Bill Schultz retired and Roger was named CEO. That same year he won the Ernst and Young Entrepreneur of the Year award.

In 2005, Seneca had been in the black again for three years, their message was resonating in an area that had been saturated with national players. Due to these factors, Roger and the leadership team decided it was time to expand and opened a warehouse in Indiana even though they had no customers in that geography. In 2009, they expanded again in Michigan, aligned with the conversion of a new strategic customer.

Then in 2010, Seneca lost a third of their total sales as a result of a losing a customer at their flagship warehouse in Tiffin. However, at the direction of Roger, the company did not layoff a single person. They fought through the rough months and eventually replaced the business with new customers. In the midst of this loss, Seneca opened yet another facility in North Carolina and began working to convert customers in that region.

Giving
Under Roger’s direction the company started to get involved in charity events. They created teams and raised funds for MS Bike to the Bay, Relay for Life and many other organizations; often times with Roger leading the way in unique fundraising techniques (like the times when he wore bras and dresses to raise money for breast cancer research, in honor of a loved one. Employees could pay $1 to get their picture with him or pay $5 to NOT get their picture with him).

In 2012, Seneca zeroed in on raising awareness about human trafficking, long before it became a common topic of discussion. Through conversations with survivors on all they had been through and had to overcome, Seneca’s leadership knew they had to do their part. Over the next four years, the company invited survivors to come speak at their annual meeting, raising awareness with their suppliers and the industry. They also donated more than $35,000 to organizations like The Soap Project, Survivor’s Ink, and Sisters in Shelter to help fight human trafficking. With great dedication to the cause, Roger joined the board of Sisters in Shelter and helped that organization gain 301C status and start a home for women who are rescued from trafficking.

Roger jumped in whole-heartedly when it came to helping those in need, just like he did in business.

Making a Mark
Through all the years of growth and giving, Roger remained steadfast in his support of the employees and in the belief that the company could compete with any national 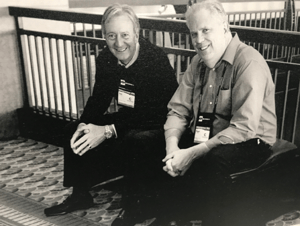 distributor in the country. In 2016, Seneca Medical merged with MMS and Kreisers to create a near-national distributor; one with heart, one with soul and one filled with people who truly care about the customers they serve. Through the leadership and vision of Roger, along with his counterpart Tom Harris, and the members of the Operating Board, Concordance was officially created.

We are now home to over 1,100 employees, with 20 distribution centers across the country and an annual sales volume of over $1.3 billion. We have continued to expand our combined geography, adding facilities in Idaho, California and Texas. We serve the entire care continuum with the same dedication and hard work that Roger has committed to this company over the last 29 years.

Being Thankful
Accompanying this weeks’ employee profit-sharing letter, Roger wrote to his employees,

“With Thanksgiving just a few days away, I can’t help but think about how fortunate I have been to be a part of this organization. We market to our customers about our integrity, our passion, our transparency, our quality and our ethics. But truthfully, those words actually describe Concordance’s 1,100+ employees. And that is what I am truly grateful for. They have afforded me the chance to be a part of this.”

Roger will be the first to tell you that the employees are the ones that created this amazing company and that some days all he does is “herd cats.” While those statements may be true, he is very much the man that steered this ship through the calm and the storms. He is the person that so many have trusted and relied on over the last three decades. He is the CEO that has always put the employees first, has done what it takes to keep the company afloat and continues to stock the coffee in the break room. For all these reasons and many more, we are beyond thankful to have had the pleasure of working with, laughing with and being employed under the always awesome and ever-humble Mr. Roger Benz.

To Roger:
We cannot thank you enough for all you have done for our company, for our employees and for our work family.  To quote you once more “Family. The greatest thing for which I can be thankful. And, as sappy as it sounds, I will always think of each of you as just that; family.”

We return that sentiment 100%. From all of us here at Concordance – we THANK YOU and we will miss you.

Helping you stay in the know

With an initial announcement made in late 2015, Concordance Healthcare Solutions was officially formed on April 1, 2016 as a result of three of the largest, regional healthcare distributors in the marketplace merging into one. As Kreisers, MMS and Seneca Medical came together in a historic combination, it was clearly pointed out by then-leaders...

Concordance is dedicated to serving our nation's Veteran community. We work to simplify our customers' supply chain while delivering the medical supplies that fit individual formularies. We do this by providing unparalleled support for the logistics, contracts and processes behind the quality brand products we deliver, so that our customers can...

As summer kicks off across the country, many people have transitioned into “vacation mode” as they plan family trips, long weekends and fun days in the sun. For our CEO Emeritus, Tom Harris, his summer plans are just slightly more relaxing – instead of planning for vacation, Tom is kicking off his retirement.